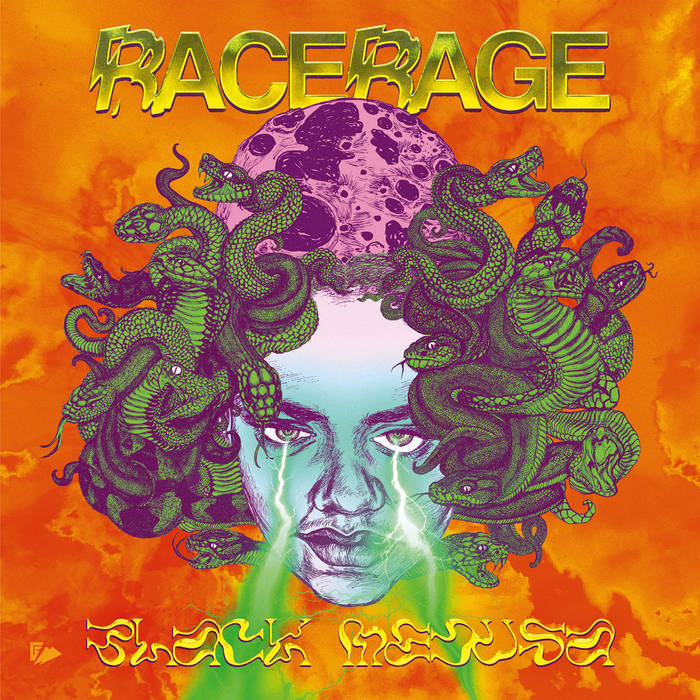 Heavy Machinery Records proudly presents Black Medusa, the unapologetic forthcoming LP from the one and only Racerage.

Black Medusa is a record based around the themes of trauma, exploring different paths to healing and finding strength in speaking truth to power.

Racerage conceptualises the mythology of Medusa through the lens of their lived experiences; a Black Medusa, a queer Medusa, a disabled Medusa, whose "monstrosity" in the eyes of oppressors lies in their staunch subversion and defiance.

This record is the soundtrack to a shared decolonised, queer, accessible future; spitting on and rising from the ashes of the systems we burnt down together.

Racerage infuses dark electronic hip hop with defiant punk energy and a unique colourful DIY aesthetic. Their collaborating producers span a diverse range of genres from trap, to old school hip hop, boom bap, cruisey reggae styles, noise pop and experimental beats. Drawing all these sounds together with their dynamic vocals to create frosty politi-cute protest rap, Racerage takes their audience on a journey across the emotional spectrum, intertwining the personal with the political.

All tracks written and performed by Racerage (Mini Miller)