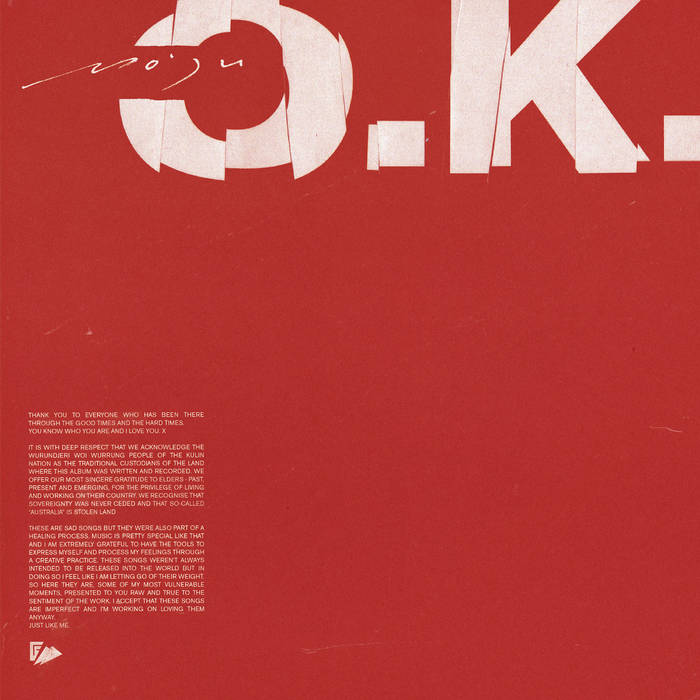 One of Australia’s most exciting singer/songwriters, Mo'Ju’s music has amassed critical, commercial and cultural influence. Her third album Native Tongue was one of 2018’s most important and award-winning releases, impacting her life, song-writing and the Australian music landscape. With the album being a career definer for the singer/songwriter, Mojo had documented a deep and intimate exploration of her Wiradjuri and Filipino roots. The album represented a turning point in both Mojo’s career and in the ways in which Australian songwriters are telling their personal stories.

Now in 2021 Mo'Ju comes with brand new offering. O.K. - a ‘mini-album’, sitting somewhere between an E.P. and L.P., produced by long time collaborators and band mates Henry Jenkins (The Cactus Channel, Karate Boogaloo) and Lewis Coleman (Lewis Coleman, The Cactus Channel) . It is a vulnerable and introspective reflection upon mental health and loneliness, however despite the weighty subject matter, the song-writing and production is playful and experimental, leaving audiences feeling as though the music itself is the antidote for sadness.